As always Free and All Ages, including children!  View oral history archive @ http://content.lib.washington.edu/wwrweb/.

Women of Color for Systemic Change:
Read the WOCFSC mission statement below. Check out their website www.wocfsc.com for more information on the members of  WOCFSC.

OUR MISSION
We, as young people, have chosen to come forth and call out the many inequalities within the current Criminal Justice System. This system has blatantly devalued, dehumanized, and dismissed people of color. The Black and African American Community in the United States have especially been targeted. We are outraged with this systemic failure.

Through our aggressively peaceful actions we promote the following to be put in place:

To not act is an injustice within itself. As citizens we need to step up and no longer allow law enforcement to abuse their power. The current state of the Criminal Justice System has increased persecution of Black and African American people. We will no longer tolerate the mistreatment, lack of support, and denied opportunities for this community.

We are addressing these issues through peaceful protests, unifying actions, and productive dialogues. We invite law enforcement, elected officials, and community members to join the movement towards police accountability.

Power to the People!

Sharon Maeda‘s grandparents were farmers in Oregon’s Hood River valley, and her parents were interned in Minidoka concentration camp during World War II. She was born in Milwaukee, WI in 1945 after her parents had been released from the camps but before they were allowed to return to the Pacific Northwest. Sharon grew up in Portland, Oregon until her father accepted a job at Boeing and moved her family to Seattle in 1956.

In 1963, Maeda enrolled at the University of Washington, where she was elected to the ASUW Board of Control and involved in a variety of civil rights and political activities, including Robert F. Kennedy’s 1968 presidential campaign. Maeda taught at McKnight Middle School in Renton for two years before returning to the UW as a graduate student in 1970. She was a student advisor in the early 1970’s and served as Director of the UW’s Ethnic Cultural Center-from 1973-1975.

In addition to her campus-based activism, Maeda served as a board member of the Seattle chapter of the Japanese American Citizens League during the mid 1970’s, and was a founding member of Seattle Third World Women.

Maeda began a career in journalism in the mid 1970’s, producing television documentaries and subsequently working in radio, serving as Executive Director for Pacifica Radio from 1980 to 1986. She is currently the President of Spectra Communications— a consulting firm that “works to empower clients to better manage their resources and implement the vision of a just and peaceful, multicultural society.”

Sharon Maeda shared her memories with Trevor Griffey on December 30th, 2005 in the Asian Room of the University of Washington’s Ethnic Cultural Center. Click here for streaming-video excerpts of the interview.

Zola Mumford is a reference librarian and Curator of the Langston Hughes African American Film Festival, a program of Seattle’s Langston Hughes Performing Arts Institute. This annual event includes a competitive international call for films, as well as collaboration and outreach to independent filmmakers and local arts and education organizations. In 2007 she worked with 4 Culture to conduct archival research on the social, demographic, and cultural history of Washington Hall. Mumford’s professional background includes film, TV, and arts production; historical research; and preservation work with film and print materials in university and private film and art archives. Her report “‘The Politics of Steampunk’: Panel Report and Reflections” was included in The WisCon Chronicles, Vol. 5: Writing and Racial Identity (Aqueduct Press, 2011).

Mumford earned her MLIS degree from the University of Washington Information School and also holds a certificate in Distance Learning Design and Development from the UW Extension program. She manages the Women and Film section of the WSSLinks website, a resource of the Women and Gender Studies Section of the Association of College and Research Librarians (ACRL). In addition, she is a member of the American Library Association, the Washington Library Association, and the Carl Brandon Society, an organization that helps to further awareness of race and ethnicity in speculative literature and related fields. She also volunteers for the Clarion West Writers Workshop. Zola Mumford maintains a resource list of catalogued library and archival materials relevant to Washington Hall on WorldCat, the world’s largest network of library content and services. The list, Washington Hall: a historic building in transition is available here: https://www.worldcat.org/profiles/z_m_mumford/lists/3090667

Star Nayea’s emotional and moving music is not baseless, nor is it produce by a disconnected music technician. She takes pride in her abilities as much as her audience enjoys her blues/pop/rock sound that is unmistakably Star Nayea. Her rough beginnings were undoubtedly challenging and potentially damaging, but Star rose above them. She poured her negative experiences into a positive outlet that has won her a Grammy and a NAMA (Native American Music Award).

When Star Nayea was only two months old, she was taken from her Native American family because of the 1950s-70s baby sweep perpetrated by the United States and Canada. Despite the good intentions of the Lutheran Social Services of Detroit, Michigan, she landed an extremely abusive adoptive family that did not share her heritage. After several years of pain and struggle, she escaped her adoptive family and began to reach for her dreams of musical freedom.

While the experience and circumstances that brought Star Nayea to Detroit were unfortunate to say the least, the surrounding Motor City Rock and Roll scene and the raved about MO-Town sound influenced and shaped her tastes as she grew into the young woman with the unique soulful style. Star began her musical career in her home town of Detroit, but it was not long before she was selling out shows in New York City, Los Angeles, and more.

Although Star Nayea is a solo artist, her long list of musical collaborations is very impressive. She has worked with many noteworthy Native American Artists such as Indigenous, Joanne Shenandoah, and Buffy St. Marie. One of Star’s most memorable experiences was singing along side Chuck Billy, the front man of the heavy metal band “Testament,” who shares her Native American culture. Star Nayea has also had the honor of opening for the infamous Willie Nelson and the 80’s rock band, Styx.

Star Nayea’s performance abilities are not limited to her blues/pop/rock sound. In 1997, she acted as a lead vocalist on the all Native American Broadway style production of “Tribe.” That same year, Star was discovered by Canadian playwright, Thomas Highway, who cast her in the Broadway style rendition of “Rose.” Star Nayea has also been invited to perform back up vocals for Robbie Robertson and held a few jam sessions with Tom Wolf.

Star Nayea’s emotion and strong will brought her out of such a despairing situation with her head held high and her dreams a reality. While she is thankful for her success and those that helped her on this journey, she still searches for her Native American birth family and prays that they will one day be reunited. Star remains active in the Native American community. She performs on Indian reservations and developed the “Healing Power of Music” program where she reaches out to underprivileged Indian youth that are in the positions she was in many years back.

Jacque Larrainzar speaking about her work:

I am part of the Policy and Outreach Team. One of the things I love the most about working on policy is that my job changes depending on the policy issues we are working on. I am always learning new things, and talking to new people that are willing to share their knowledge on issues and strategies to address them. Last year, for example, we played an important role in extending protections to Lesbian, Gay, Bisexual and Transgendered people in Washington State . Our experience in enforcing similar laws at the local level and the data that we had gathered by enforcing these laws was a crucial part of the deliberations that in the end convinced legislators to pass the Anderson-Murray Civil Rights bill. This year we are working to protect Seattle residents from predatory pay day loans, reproductive justice, civil rights of ex-felons and issues that impact the well being of women and their children, such as health care, DV, and early education.

Save the date for Women Who Rock: Making Scenes, Building Communities Saturday,  March 7, 2015

As always free and kid-friendly!

Sign up for committees at the next meeting where we will be finalizing items for 2015. 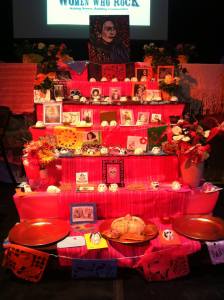 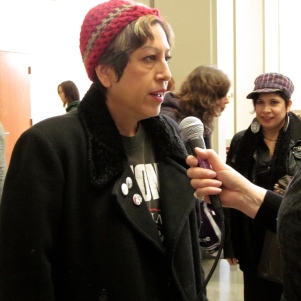 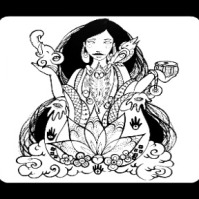 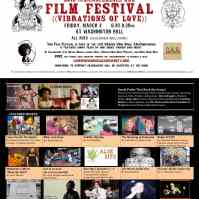 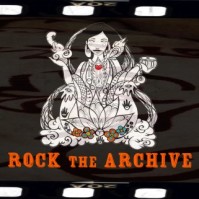